Hi there, welcome to http://www.the-history-blogger.com.

I’m an Irish TV Producer and History/Travel enthusiast with an interest in various random areas of History that I write about on this blog.

Please use the menu opposite to navigate through the various categories or to contact me. 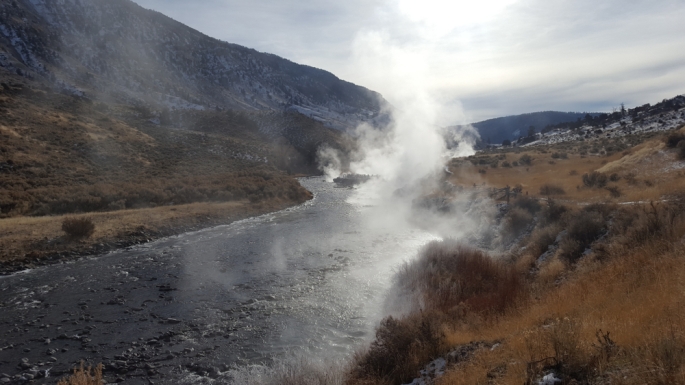 28 December 2018 marks the centenary of the election of the first female MP to the British Parliament.

Imprisoned at Holloway Prison upon the time of her election, she didn’t take her seat in parliament…but her imprisonment was not the reason…

1918 was a revolutionary year in many respects. In November, the First World War finally came to an end, and almost immediately, the British Prime Minister David Lloyd George called a General Election. And it was a revolutionary election. Women over 30 were allowed to vote. But more than that – women could now stand for election.

Miles away from the Western Front, it had been a turbulent few years in Ireland. The long-running struggle for independence was reaching a head. The 1916 Easter Rising failed, but the nationalists were not ready to give up yet.

Most Irish nationalist were members of a party called ‘Sinn Féin’ – who had a policy of ‘abstentionism’. This meant that they took their seats in the Irish Parliament – Dáil Éireann in Dublin.

So when Markievicz was elected, she didn’t take her seat in Westminster. When the Irish Parliament first met in January 1919, she was still in Holloway Prison. When her name was called out at the meeting of the Dáil, she was described, like many of those elected, as being “imprisoned by the foreign enemy”.

The first women to take her seat was Nancy Astor (Viscountess Astor), after a by-election in December 1919.

In 17th century Britain, it was a custom for tradesmen to collect “Christmas boxes” of money or presents on the first weekday after Christmas as thanks for good service throughout the year. This was later to become Boxing Day.

St.Stephen’s Day (Republic of Ireland, and various other European countries)

The Feast of St.Stephen is believed to be the first Christian martyr, stoned to death sometime around the year 33 CE having been accused of blasphemy. It is claimed that his relics were recovered on Dec. 26, 416 CE, and that is why we celebrate the feast of St. Stephen on Dec. 26.

The Republic of Ireland actually celebrates St. Stephen’s Day in another context – Lá an Dreoilín, meaning ‘Wren Day’ (pronounced as “ran” day). Wren Day is linked to St.Stephen in a variety of ways, namely the claim that he was betrayed by a wren while hiding form his enemies.  Although now a dying-out tradition, for many years it was customary for people to dress up in very old clothes, wear straw hats and travel from door to door with fake (previously: dead) wrens.

No particular order here; just some random facts about Christmas that got my attention…

JESUS WAS PROBABLY NOT BORN IN DECEMBER

Contrary to popular belief, there is actually no evidence that Jesus was born in December. In fact, most historians not only don’t believe he was born on December 25th, but we he also probably wasn’t born in 1AD, largely because we understand Jesus to have been born on the night of the census under the rule of the Roman Emperor Herod. But no census was taken under the rule of Herod.

So why, then, is Christmas celebrated in December? Well, like most traditions, it’s probably a hangover from Pagan Times. Christmas didn’t officially become a holiday until many years after Jesus was born, thus it is believed that the celebration of his birth was tied in with the pagan festival of Saturnalia, which honoured the god Saturn by celebrating and giving gifts. December 25th is also a few days after the Winter Solstice, so it’s believed the early Roman Catholic Church chose December 25th as a means to tie all the festivals together.

It’s more likely another case of festivals being absorbed into one another. The American Santa Claus and the British Father Christmas likely originated from the Dutch Feast of Sinter Klaas (Saint Nick). Born in the 3rd century, Saint Nicholas is the patron saint of children, and tradition holds that he had a long white beard, a red cape, rode a white horse and had a list of children who had been ‘naughty or nice’. He apparently gave away his inheritance to needy children and his feast day was 6 December.

Tradition holds that Saint Nicholas would bring gifts to children who had been well-behaved on the night of 5th/6th of December. So why then, do most Western countries observe his arrival on Christmas Day? Well, one of the main reasons we have the custom of giving and receiving presents at Christmas, is to remind us of the presents given to Jesus by the Wise Men, so that’s why Saint Nicholas is linked to Christmas. But after the reformation in northern Europe, stories and traditions about Saint Nicholas became unpopular. Reformists such as Martin Luther wanted a Protestant alternative to the feast of Saint Nicholas. So Saint Nick morphed into Father Christmas/Pére Noel/Kring Kindle (depending on where you are from). And his arrival in most countries was moved to December 25th.

NO-ONE KNOWS WHY WE USE CHRISTMAS STOCKINGS…

But there are some interesting stories behind the custom. Legend holds that in Saint Nicholas’ time, there was an old man with three daughters who couldn’t afford their marriage dowries. Saint Nicholas wanted to help, but he needed to do it discreetly, so as not to upset the old man or get the nosy neighbours talking. So one night, after dark, he threw three bags of gold through an open window, and one landed in a stocking. It is believed the tradition of putting Christmas presents in the stocking originates from this.

Most people know that turkeys are not native to Europe, so how did we end up eating them for Christmas in Europe? Well, turkeys were first brought to Britain from the Americas in 1525. Prior to that, Christmas day dinner often consisted of goose, boar head, or even peacock. Even when King Henry VIII ate turkey for Christmas Dinner in the 16th century, turkey did not become a staple Christmas dinner meal in Europe. Edward VII became a big fan of turkey on Christmas Day, but was popularised as Christmas Day dinner from the 1950s onwards.