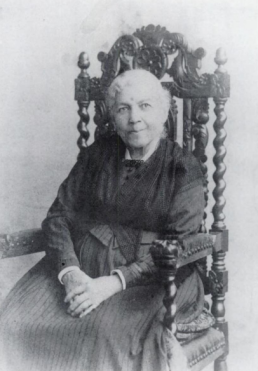 cent trip to New Orleans, I made my second visit in as many years to the Whitney Plantation (http://whitneyplantation.com/) and once again felt compelled to read as many true accounts of slavery as I possibly could. That same day, on a random trip into a cute little second-hand bookstore, I came across the perfect one – Incidents in the life of a Slave Girl by Harriet Jacobs. And I was hooked.

The book is an account of a former slave’s life under the rigid slavery laws of North Carolina in the 1800s. Born in Edenton, NC in 1813, Harriet Jacobs was born into slavery. She had some white blood in her, and her maternal grandmother (who became her closest family member when she was orphaned) was half-white and had been freed from slavery, and even owned her own house (something slaves were not permitted to do).

Harriet bounced around through various ‘owners’ in her childhood – some kind, some not so. When her owner began making sexual advances towards her as a teenager, coupled with refusing her permission to marry the man she love, she retaliated, becoming pregnant by a local white man and fathering two mixed-race children with him while still in her teens. But soon Harriet’s domestic situation became unbearable, prompting her to make her escape (not seeing her children for many years). She disappeared and living in horrifically isolated, solitary conditions before escaping to the North in 1842, settling in New York where slaves were free.

Reunited with her children years later, Jacobs worked as a nursemaid in New York before beginning a lifelong friendship with the Quaker reformer Amy Post. Upon being officially granted her freedom upon the death of her owner, Harriet was encouraged by Post to write an account of her experiences as a slave – and Incidents was published in 1861.

Harriet’s story is captivating – both in terms of her heroic escape from a life of slavery but also in terms of her stoicism and an insight into how female slaves had to cope with sexual advances among everything else attached to being in slavery. It was largely forgotten about for over 100 years, before being discovered during the civil rights movement.